There is currently 1 user online.

Siluriformes is clearly monophyletic as indicated by several complex anatomical synapomorphies (Fink & Fink, 1981, 1996) including modification of the upper jaw to support and move a pair of sensory barbels, and locking fin spines.

Approximately 436 genera and over 30 families of catfishes are recognized. Although there is general agreement on the broad outline of the higher level phylogeny of catfishes many questions remain. The southern South American Diplomystidae are the plesiomorphic sister group of the remaining catfishes or Siluroidei (Grande, 1987). Within the Siluroidei, the middle Eocene Hypsidoris (Hypsidoridae) from North America is the primitive sister taxon of all other catfishes or Siluroidea (Grande, 1987).

Two of the largest nominal families, the South American Pimelodidae and the African-Asian Bagridae have been vaguely portrayed as the "ancestral" groups for the Old World and Neotropical catfish radiations. It is possible or likely that the pimelodids and bagrids are paraphyletic (Mo, 1991; Pinna, 1993), although within each family monophyletic subgroups have been diagnosed (Mo, 1991; Pinna, 1993; Lundberg et al. 1991; Bailey and Stewart, 1984). 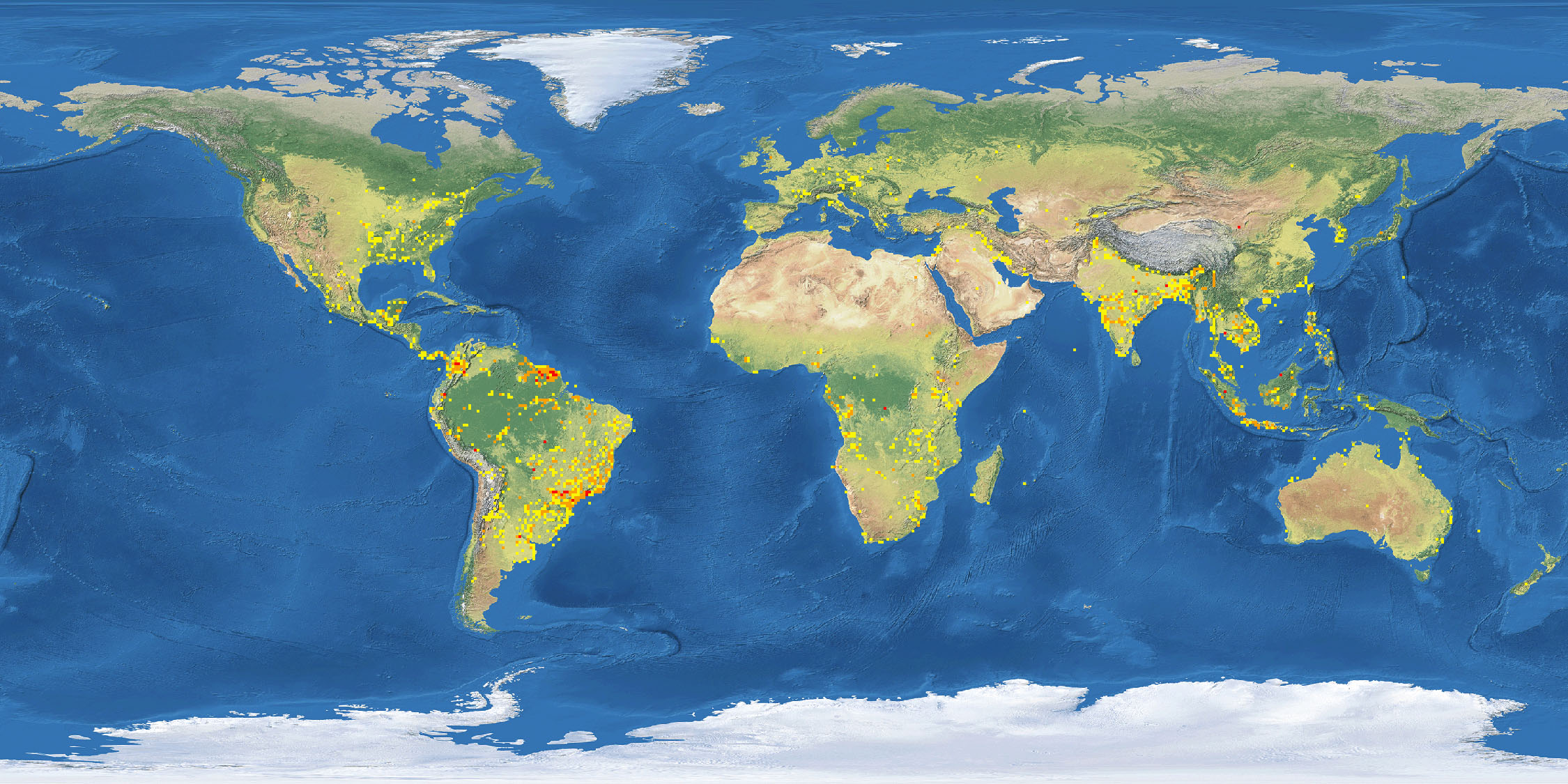 Catfishes are a species rich and exceptionally diverse group of fishes ranking second or third among orders of vertebrates. The Catalog of Fishes (Eschmeyer, 1998 et seq.) database treats 2,855 species of catfishes as valid. About 1 in 4 valid species of freshwater fishes, 1 in 10 fishes, and 1 in 20 vertebrates, is a catfish.

Although most catfishes are of small to moderate size (5-20 cm), some aspredinids and trichomycterids are among the smallest vertebrates in the world, reaching sexual maturity at less than 10 mm in total length. Others are among the largest freshwater fishes in the world: Silurus glanis (European wels, to 5 m, 330 kg, the largest of catfishes), Pangasianodon gigas (giant Mekong catfish, to 3 m, 300 kg), and Brachyplatystoma filamentosum (Amazonian goliath catfish, to 3+ m, 200 kg).

Most catfishes are omnivores, but some have highly specialized diets, e.g., wood-eating loricariids (Nelson, et al., 1999) and parasitic catfishes that feed on the blood of other fishes (de Pinna, 1992; Spotte, 2002). Most catfishes have defensive fin spines that can inflict severe wounds. Species in several families are venomous. Like their close gymnotiform relatives, many catfishes are electroreceptive (Baron, et al., 1996a,b). Species in the genus Malapterurus are capable of generating charges of 400 volts or more (Burgess, 1989). Unlike most freshwater fishes, many catfishes are nocturnal and depend mainly on senses other than sight, such as tactile and chemosensitive barbels, or enlarged olfactory organs. Thus, catfishes are preadapted for life in caves, aquifers, and deep river channels, and troglobitic catfishes have evolved in North and South America, Asia, and Africa. Air-breathing clariid catfishes regularly leave the water and move over land (Burgess, 1989). Several groups of catfishes communicate acoustically; some by vibrating the swim bladder, others by stridulatory fin spines. Most species of catfishes provide parental care to eggs; some also provide care to young. In an interesting symbiotic relationship, certain African bagrids also protect the young of cichlids (McKaye & Oliver, 1980). Most families of catfishes including basal diplomystids and their closest otophysan relatives are strictly freshwater. Consequently, the marine habitat of Plotosidae, Ariidae and some Aspredinidae is considered derived for catfishes.

Because of their worldwide distribution and diversity, catfishes are of great interest to ecologists and evolutionary biologists, and are important in studies of biogeography - from regional, e.g. post-glacial North America (Bailey and Smith, 1981) and Southeast Asia (Bornbusch and Lundberg, 1989), to continental - e.g. North America (Patterson, 1981, Grande, 1994) and South America (Reis, 1998; Lundberg, 1997), to global (de Pinna, 1993, 1998; Lundberg, 1993). Catfishes are most diverse in species and morphology in tropical South America, Africa, and Asia. However, catfishes live or have lived in the inland or coastal waters of all continents, including Antarctica, where fossils of Eocene age are found on Seymour Island (Grande and Eastman, 1986). The earliest known fossil siluriforms are in freshwater and marine deposits of late Cretaceous (Campanian and Maastrichtian) age.